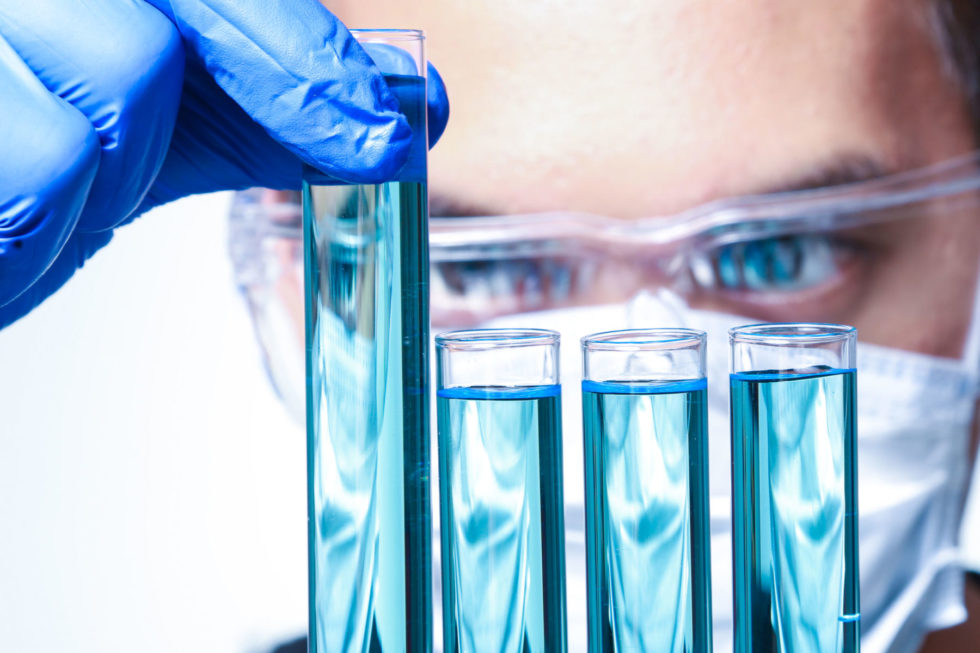 Biologicals represent a novel and promising therapy for people with chronic inflammatory diseases such as rheumatism, Crohn’s disease, diabetes and psoriasis.

However, they do not lead to the desired success in all patients. In some cases, they are accompanied by severe, undesirable side effects.

In the following, we will answer all relevant questions about biologicals, such as:

And you will find out how therapy with biologicals works for moderate to severe psoriasis.

Biologicals are novel drugs that are used in the treatment of inflammatory autoimmune diseases.

Doctors use biologicals in the treatment of rheumatoid arthritis, psoriasis, cancer or metabolic diseases.

How do biologicals work?

Conventional basic drugs often attack the entire immune system of the patient. Biologicals, on the other hand, act specifically by either

A significant improvement in the symptoms of the disease is often seen after 2-4 weeks.

Patients do not take biologicals orally in the form of tablets, as stomach acid would immediately destroy the active ingredients. For this reason, doctors administer biologicals as an infusion or inject the medication directly under the skin.

In contrast to conventional drugs, biologicals act much more specifically and in some cases much faster as therapeutic antibodies. This important advantage has its price.

Biologicals are very expensive due to the complex production process. In addition, in some cases, they have clear disadvantages. For example, many people are more susceptible to infections, allergic reactions and/or intolerances during therapy with biologicals.

Before treatment with a biological, your doctor must clearly rule out various diseases such as tuberculosis. Due to the high costs of treatment, doctors do not prescribe biologicals to all patients. Only when conventional basic drugs do not achieve the desired therapeutic goal, do doctors turn to biologicals.

Which biologicals are available?

The goal of biologicals is to eliminate the messenger substances within the immune system that are responsible for certain inflammatory processes in our body.

The active ingredients of the individual drugs act in different ways.

In the following we have compiled a list of approved biologicals (in Germany):

Diseases in which TNF-alpha blockers act as drugs:

The approved interleukin-1 blockers include:

Interleukin(IL)-6 blockers inhibit the messenger substance Interleukin 6, which has a strong inflammatory effect.

for example, is a commonly used drug that acts as an interleukin-6 blocker.

The messenger substance interleukin(IL)-12 influences the course of intracellular infections.

Diseases in which interleukin(IL)-12 blockers act as drugs are

Interleukin-23 stimulates the formation of T-cells that are directed against the body in numerous autoimmune diseases. Interleukin(IL)-23 blockers inhibit this process.

for example, is a commonly used interleukin-23 blocker.

Diseases in which interleukin-23 blockers are used, for example:

for example, is considered a drug in targeted T-cell therapy, used to slow down the development of inflammation.

are two drugs that specifically target B lymphocytes. These often favor the reactions of the immune system in autoimmune diseases.

If certain factors are present during the course of the disease, a doctor can prescribe a combination of conventional drugs such as methotrexate and biologicals at an earlier stage.

Factors that call for the use of biologicals include:

The decision depends on the individual course and extent of the disease. Biologicals are suitable both for monotherapy and in combination with methotrexate.

What side effects do biologicals have?

Biologicals are highly effective drugs. Possible side effects must not be ignored. Depending on the individual course and severity of the disease, the doctor must weigh up the pros and cons and monitor the course of therapy strictly and regularly.

The possible side effects of biologicals differ according to the active ingredient and the disease in question. Individual clarification can only be provided by a specialist.

TNF-alpha-blockers, for example, carry a greatly increased risk of infection because the active ingredients partially suppress the patient’s own immune system.

Doctors often administer biologicals in the form of an injection, which can cause redness and swelling at the injection site.

Before therapy with biologicals, it is important to identify and/or exclude both known and previously unrecognized diseases of the patient. These include diseases such as tuberculosis, hepatitis B and inflammatory bowel diseases.

Doctors often recommend a pneumococcal or flu vaccination before treatment with biologicals. Your doctor will also explain to you to what extent interactions with other drugs or treatments may occur.

Biosimilars are drugs that usually have the same effect as biologicals. However, they differ from the original in their structure and are therefore not identical, but only similar to biologicals.

Experts say that biosimilars are about 20 – 30% cheaper than the original biologicals.

For patients with moderate to severe psoriasis, purely external treatment is often not sufficient. This includes medication to be applied to the skin or light therapy.

The systemic therapy prescribed in this case takes the form of tablets or injections. Active ingredients such as methotrexate or fumaric acid thus enter the bloodstream and act throughout the body.

In some cases, however, systemic therapy with conventional drugs is not suitable or does not provide sufficient relief of symptoms. Your doctor may then consider treatment with biologicals.

Biologicals inhibit the messengers and enzymes that cause psoriasis during treatment.

Many people affected by psoriasis report very good results after treatment with biologicals. The treatment had a positive effect on the symptoms of psoriasis.

However, a complete cure for psoriasis is not possible with biologicals.

Biologicals act in a targeted manner and intervene directly in the development of many diseases. By means of complex biotechnological processes, proteins are produced which are very similar to our own antibodies.

For several years now, physicians have been successfully using biologicals in the treatment of chronic inflammatory diseases such as rheumatism, Crohn’s disease, diabetes and psoriasis. For many of those affected, their lives have changed for the better thanks to treatment with biologicals.

However, we must not forget that the use of biologicals can also cause numerous side effects. In particular, the greatly increased risk of infection must be discussed and weighed up with a specialist before treatment with biologicals.

The active ingredients of individual biologicals differ as much as the areas of application and side effects. Strict monitoring of the treatment by a doctor is therefore mandatory.

Biologicals also have a strong track record in treating the symptoms of moderate to severe psoriasis. However, a complete cure is not possible even with this drug.