Hormones: Psoriasis and the highs and lows of hormone fluctuations 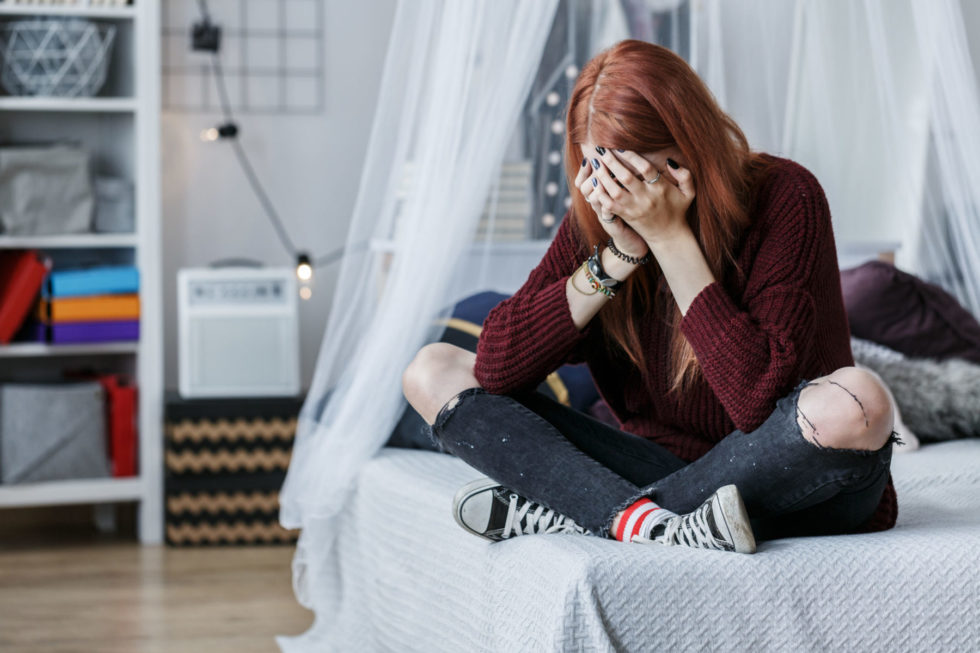 Mood swings, depressive moods, chronic fatigue, hot flashes and sleep disorders – these are just some of the characteristic signs that can be attributed to hormone fluctuations. Women in particular often struggle with a disturbed hormone balance and its consequences throughout their lives.

But what is a hormone disorder?

What influence do hormones have on us?

What can we do to rebalance the imbalance of hormones?

And is there possibly a connection between hormone fluctuations and skin diseases such as psoriasis?

We have summarized the most important facts for you!

Hormones are biochemical messenger substances that are produced by the body and released into the body’s circulation as endogenous active ingredients. The production of hormones takes place in hormone-producing cells and glands.

They regulate and direct numerous important bodily functions. They act as a kind of message transmitter between the individual organs and cells and are responsible for ensuring that numerous biological processes in the human body run properly.

In medicine and biology, the field of hormone theory is known as endocrinology. To date, scientists have been able to identify around 100 different hormones – but they suspect the existence of around 1,000 such messenger substances in the human body.

Among the most important hormone-producing organs are:

The functions on which hormones have a strong influence are numerous. These include, for example:

Even small fluctuations in hormone levels lead to sensitive reactions, such as changes in body temperature, intestinal motility or the oxygen content of the blood. The consequences of a hormone fluctuation often go unnoticed because the body intervenes in the imbalance and regulates it again.

Characteristic symptoms of a long-term hormone disorder vary in form and severity. The following symptoms, for example, can indicate a hormonal disorder:

Hormones in the female cycle

A disturbed hormone balance can affect both men and women. Specialists in gynecology, however, emphasize that the female cycle shows phases in which hormone fluctuations are very pronounced.

The smooth flow of growth, reproduction and metabolism in a woman’s hormone system depends on the regular build-up and breakdown of various hormones.

The four following messenger substances play a major role in this process:

Progesterone (corpus luteum hormone) is often referred to by doctors as “the body’s own Valium”. If progesterone is successfully metabolized, it causes a calming effect.

The most important female sex hormone is estrogen. This is considered a true happiness hormone because it stimulates and invigorates positive moods – especially in the female body. If a woman’s estrogen levels drop, which is often the case during the menopause, for example, depressive moods may become more frequent.

Testosterone is considered the most important male sex hormone, but it also has a strong influence on the emotional state of women. If the hormone testosterone is missing, this leads to negative moods, frustration and loss of libido. A testosterone deficiency therefore has an effect on the entire well-being and psyche.

Predominately related to reproduction, the hormone oxytocin is called the binding hormone or cuddling hormone. Oxytocin is mainly released during sexual intercourse and has the task of binding the sexual partners together. The messenger substance oxytocin is produced in the posterior lobe of the pituitary gland, the so-called hypothalamus, and also occurs during the breastfeeding of an infant.

If the production of these messenger substances is delayed, changed or fails, far-reaching disturbances in the entire metabolism of the organism occur. In addition to mood swings, weight changes and depression, there are often cycle disorders, loss of libido, hair loss and skin complaints.

Long-lasting hormone fluctuations should not be taken lightly. Apart from temporary symptoms, they can also lead to serious diseases.

According to medical experts, these include, for example:

Hormonal disorders often occur in women during puberty, pregnancy, lactation and/or menopause. As a rule, however, the hormone balance returns to normal as soon as the respective physical and psychological changes are complete.

Tips for a healthy hormone balance

According to scientists, the following factors in particular have a negative effect on the healthy build-up and breakdown of hormones:

The following tips will help you to prevent hormone fluctuations or to rebalance an existing hormone disorder:

If your symptoms persist, you should have your hormone status checked by a doctor. Your doctor can give you specific recommendations on how to rebalance your hormone levels naturally.

For example, scientists and studies point out that psoriasis often occurs during puberty, after pregnancy and during menopause. A link to our sex hormones therefore seems obvious from a medical point of view.

Over the course of a month, there is a natural fluctuation in the body’s own estrogen and progesterone levels. Just before menstruation, for example, the estrogen level is at its lowest point. In the course of the following weeks, it rises and reaches its peak in the middle of the cycle before falling again. Progesterone, on the other hand, reaches its peak about a week before the period and then drops again.

For example, a connection between these hormones and the texture, elasticity, moisture and lipid production of our skin is suspected.

Whether the experts are right or not, we know that our hormones are not the only factors that influence psoriasis. Some people with psoriasis will be able to establish connections to their hormone balance, others less so.

If you feel that your psoriasis feels particularly good or particularly bad at any given time during your cycle, you should document these changes. Discuss your findings with your doctor.

Even if this does not alleviate the symptoms of your psoriasis, at least you will have a good overview and be better prepared for the next episode.

Hormones – Important messengers of our body

Whether we perceive them consciously or not – hormones are the driving forces in our body. They act as messenger substances and are crucial for a number of important functions. If our hormones become unbalanced, we feel this in the form of mood swings, tiredness and lack of drive.

However, in the long term, hormone disorders can also lead to serious illnesses – so you should not lose sight of the characteristic signs.

Scientists and dermatologists still disagree on the extent to which hormones are associated with psoriasis. Some studies support the assumption that our sex hormones, for example, have an effect on psoriasis. However, science has not yet been able to prove this connection in concrete terms.

Have you ever wondered whether your psoriasis might also be related to your hormone balance? Are there any signs of this in your case? Tell us and other affected people about your experience – we’d be happy to share it in our Facebook group!

What is an estrogen deficiency?

Estrogen is the most important female sex hormone. Colloquially, it is also called the happiness hormone because it has a strong stimulating effect on the general state of mind and well-being. If there is a deficiency of the hormone estrogen, the affected person often experiences negative moods, symptoms of fatigue, depression and also physical complaints such as weight changes, skin complaints, hair loss and loss of libido. Menopausal women are particularly likely to suffer from an estrogen deficiency.

How are hormones produced?

The body produces hormones itself in hormone-producing cells and glands and then releases them into the body’s circulation as endogenous active ingredients. The production of hormones takes place, for example, in the thyroid, pancreas, pineal gland, adrenal glands, hypothalamus and pituitary gland. Hormones support numerous biological processes in the body by acting as messengers between individual organs and cells.

What are the symptoms of hormone deficiency?

Delays, changes or failure in the production of hormones lead to disturbances in the entire metabolism. In addition to chronic fatigue, mood swings, weight changes and depression, cycle disorders, loss of libido, hot flashes, hair loss and skin complaints frequently occur. Furthermore, a long-lasting hormone disorder can also lead to serious diseases such as Alzheimer’s, diabetes, multiple sclerosis or even epilepsy. If a hormone imbalance is suspected, a medical examination should be carried out.

Henseler T., Christophers E. (1985): „Psoriasis of early and late onset: Characterization of two types of psoriasis vulgaris“, in: Journal of the American Academy of Dermatology. URL: https://www.ncbi.nlm.nih.gov/pubmed/?term=4056119 (accessed on 13.11.2019)