The vicious circle of psoriasis: when psyche and skin interact 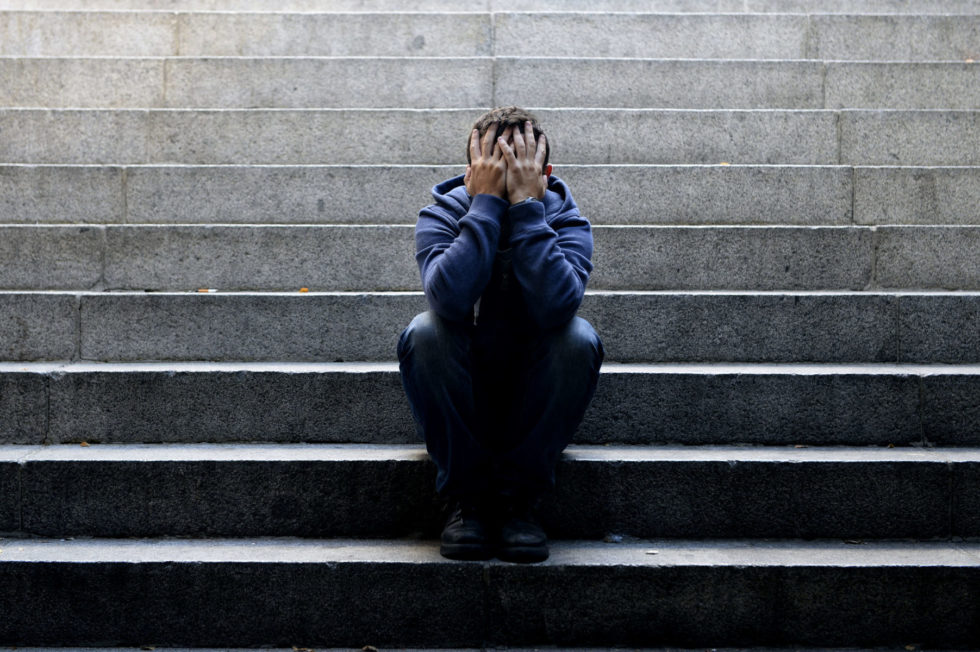 Certain symptoms of illness are triggered or promoted by stress. Similarly, stress can be intensified by the symptoms of a disease. These interactions of skin and psyche are known to almost every person affected by psoriasis.

It is a vicious circle that must be broken for the sake of both mental and physical health.

But how do you break these negative interactions?

And is stress really the cause of psoriasis – or rather a consequence?

Worldwide there are more than 125 million people affected by psoriasis who ask themselves the question of the causes of their condition. To date, however, scientists and physicians have no clear answer to this question.

A hereditary component, which does not pass on the disease itself but the tendency to psoriasis via the genes, is almost undisputed in medicine. However, this alone often seems to be insufficient to trigger psoriasis. In these cases, so-called triggers favor the onset of the skin disease.

In addition to the genetic predisposition to psoriasis, there are a number of other organic causes that can promote, trigger and/or aggravate psoriasis.

These include, for example:

Medical studies prove again and again that strong psychological stress and permanently stressful situations lead to a worsening of the skin disease psoriasis.

For example, personal and also medical records of patients show temporal overlaps between stress and the onset or worsening of psoriasis.

Conversely, many patients report that a significant improvement in their skin condition occurred after they had managed to reduce stress triggering factors and situations. A conscious approach to stress can also help to delay or completely reduce the onset of psoriasis.

A vicious circle: psoriasis and stress

Chicken or egg? Which came first?

It is similar with psoriasis and stress. If you ask a dermatologist, he’ll probably be able to say yes to both:

Do you also agree with these two statements?

If we trust the scientific results and the testimonies of many psoriasis patients, we will find ourselves in a complex vicious circle.

Psoriasis as a cause of psychological stress

Most people affected by psoriasis suffer (at least at the beginning of the disease) especially from the visibility of the skin disease. Heavily reddened spots, scaly skin and the constant itching that cannot always be suppressed – all these external symptoms weigh heavily.

Understandably, the mental stress of the patients leads to negative emotions, sadness, helplessness and often to depression. People with psoriasis often avoid the social life they were previously used to, for fear of the looks of their fellow human beings.

Affected people fear rejection, distance themselves from others, doubt their own self-esteem and, in the worst case, turn to binge eating or alcohol.

In summary, the patient, and thus his or her entire body, falls into a constant state of stress.

Psychological stress as a cause of psoriasis

Stress is considered by experts to be one of many possible triggering factors for the first appearance of psoriasis or the onset of further attacks. This can be everyday stress since as it becomes a constant companion in your life or stress at work or at home.

Doctors advise patients with psoriasis to keep a kind of diary. This is to document and later to be able to understand which situations occurred shortly before a new attack of the disease. This is because those affected are often not even aware of how much psychological stress affects their skin and the associated disease.

The clear recommendation of the doctors is therefore: Reduce stress as much as possible and learn to consciously deal with emotionally stressful situations.

Unfortunately, it has to be said that psoriasis is still little-known today. The ignorance of the public leads people to misinterpret the symptoms of psoriasis, fear infection or even accuse those affected of lacking personal hygiene.

Almost everyone affected knows about the agonizing itching and the fact that even with the best intentions one cannot always avoid scratching. Ignorant individuals therefore often keep their distance, form prejudices and thus consciously or unconsciously show a clear form of rejection.

These deeply hurtful actions of others often cause severe damage to the self-esteem of those affected. The physical complaints of psoriasis are followed by enormous psychological complaints.

Enlightenment – It is in your hands

The only sensible way is reconnaissance. Every single person concerned can help the public become more understanding. The more openly you talk about your disease with the people around you, the sooner your psoriasis will become normal.

Explain to family, friends, colleagues and even casual acquaintances the connections, symptoms and the mode of action of psoriasis. In particular, educating those around you about the fact that psoriasis is not contagious can work wonders.

Dealing openly with skin diseases such as psoriasis dispels the prejudices, fears and not least the rejection of others.

Psoriasis from a psychosomatic perspective

The interaction of physical and mental stress in patients with psoriasis is also the subject of numerous discussions and studies in the field of psychosomatics. As a medical discipline, psychosomatics investigates the interactions between the psychological, biological and social conditions of various diseases.

Our emotions also like to show themselves on or through our skin. For example, shame makes us blush. Fear likes to put sweat on our forehead. And goosebumps are a clear sign of fear.

Psychosomatic medicine and psychotherapy for psoriasis

Meaningful scientific knowledge about the connections and interactions between skin and psyche is unfortunately still scarce today. However, it has been proven that programs with a behavioral therapeutic focus contribute positively to the improvement of skin symptoms.

For example, psychotherapy is increasingly used to treat the psychological problems associated with skin disease. The aim is to indirectly improve the condition of the skin at the same time.

In addition to relaxation methods and tips, stress management and self-confidence training, for example, are important components of psychotherapy for patients with skin diseases such as psoriasis.

Breaking the vicious circle – tips for dealing with psoriasis

When it comes to actively helping to improve your psoriasis, we need to distinguish two areas – tips for your “outside” and tips for your “inside”. By now you should be aware that it is not very effective to devote yourself to just one of these two aspects.

Psoriasis tips for your “outside”

Psoriasis tips for your “inside”

Body and mind are a unity. If one part of this unity falls ill, the other part also suffers and vice versa. Therefore, always try to recognize both the external and internal signs and warning signals of your illness.

Psoriasis goes to the psyche

Unfortunately, the individual connections and interactions have not yet been sufficiently researched or proven scientifically. However, both patients and physicians are aware that our skin and our psyche are in a strongly interdependent relationship.

The external symptoms of psoriasis often put a great deal of strain on patients. In particular, the fear of rejection in public plays a major role here. However, the resulting stress often has an additional negative effect on the already existing skin disease, which is again reflected in external symptoms. And so, the circle never ends.

Nobody knows your life and especially your emotional inner life as well as you do. Therefore, it is up to you to reduce your personal stress on the one hand and on the other, to talk openly with others about your psoriasis and thus create understanding.

Do you also suffer internally from the visibility of your psoriasis? The exchange with other patients is a first good step to tell your personal story. In our Facebook group you can meet many like-minded people, get helpful tips and get motivated and inspired by other testimonials!

FAQ about psoriasis and psyche

What psychosomatic illnesses are there?

According to the medical definition, psychosomatic illnesses cannot be explained physically or at least not completely physically. Accordingly, psychological or social factors influence the development and course of the illness at least partially. Psychosomatic illnesses include sleep disorders, eating disorders (such as anorexia, bulimia, binge eating), cardiac anxiety neuroses, pain disorders (such as back, neck and headaches), irritable bowel syndrome or tinnitus.

Psoriasis is not contagious. It is a chronic inflammatory skin disease, which is caused on the one hand by a genetic disposition (predisposition) and on the other hand by external and internal triggering factors. Psoriasis has not been curable to date, but modern medicine today enables numerous promising approaches for long-term therapy and treatment. It is still not possible to predict whether, to what extent and in what form psoriasis will break out in a patient.

What are psychosomatic diseases?

As a medical discipline, psychosomatics deals in particular with the interaction of psychological, biological and social conditions of diseases. Psychosomatics pursues the approach that body and mind are in balance and function as a unit. According to this, a physical illness can have a strong negative influence on the mental well-being of a person. However, the same also applies vice versa.

Are psoriasis and mental illness related?

Studies show that people with psoriasis are twice as likely to be affected by mental illnesses such as depression. So, if you suffer from psoriasis, always pay attention to psychological factors. It can also be useful to seek psychological help.