Psoriasis in and on the ear – annoying but treatable 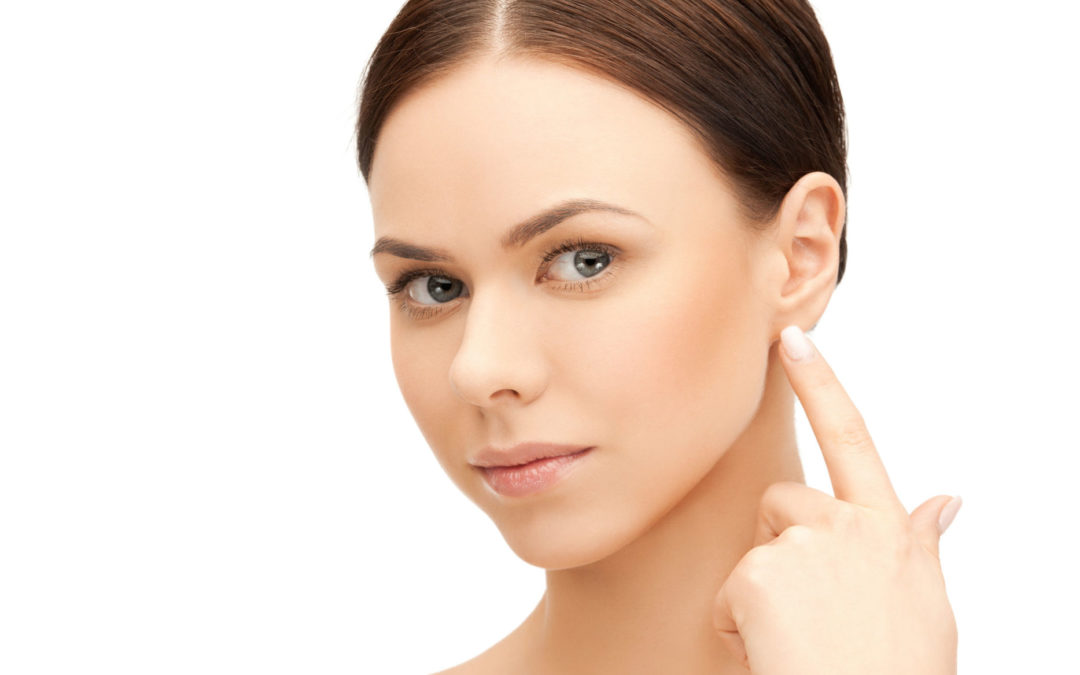 Psoriasis is an inflammatory skin disease that can occur on different parts of the body. Often elbows, knees and the head are affected, but psoriasis can also occur in and around the ear. Here we will explain what the causes are and what helps against the scales in the ear region.

How does psoriasis develop in and on the ear?

But psoriasis also occurs on the head. Typical sites are the scalp or psoriasis in and around the ear.

Where does psoriasis appear in and on the ear?

If psoriasis occurs in the ear region, three areas are mainly affected:

The body parts concerned may also change over time. Sometimes the psoriasis disappears from the region. In other cases, psoriasis becomes more widespread.

Symptoms of psoriasis in and on the ear

If the psoriasis occurs in and on the ear, different symptoms occur. In mild forms of psoriasis, the effects are more visual. In severe cases, however, the hearing is also affected.

Symptoms of psoriasis in and on the ear

The most common symptoms are:

Some sufferers have hardly any complaints. Other affected persons, in turn, have to cope with some restrictions.

Things to consider regarding psoriasis in and around the ear?

It is not yet clear why psoriasis affects certain parts of the body. However, if it occurs in and around the ear, those affected must be careful. The skin in the ear region is very thin and therefore sensitive. For this reason it must be cared for very carefully. Just as with psoriasis in the genital area or in the navel, treatment and care must be tailored to these skin regions.

The region around the ears is very sensitive. Therefore it often itches particularly strongly. Nevertheless, you should not scratch these areas under any circumstances! Also the attempt to remove the scales in the ear is dangerous. The skin can start bleeding and become even more inflamed. It is also possible that the psoriasis will spread beyond the ear.

How to prevent psoriasis in the ear?

Psoriasis is an autoimmune disease. This means that it cannot be prevented with current methods. Nevertheless, some factors help to keep psoriasis in check.

What helps with psoriasis?

Psoriasis in and on the ear cannot be cured. But with a healthy lifestyle, sufficient nutrients and the right care, it can be treated well.

Psoriasis in and around the ear – how to treat it?

Depending on the severity of the psoriasis in and on the ear, different treatment methods are used.

If the psoriasis around your ears is not very pronounced, natural remedies often help wonderfully. Above all, vegetable oils are ideal for caring for the sensitive skin of the ear. Especially effective are evening primrose oil, jojoba oil and black cumin oil. The high-quality ingredients of the oils help the skin to heal itself.

Creams and ointments are an important part of psoriasis treatment in the ear region. Depending on the severity of the psoriasis, different active ingredients are used. Many affected people are already helped by over-the-counter creams. For heavier forms, creams and ointments with anti-inflammatory agents such as cortisone help.

In consultation with the attending physician, ear drops can also be used to treat psoriasis. Some ear drops have an anti-inflammatory effect and can thus relieve the symptoms. In severe cases, drops of liquid steroids may help.

In severe forms of psoriasis, systemic therapy helps. Here, drugs are used that act on the inflammatory reactions of the body. The active ingredients reduce inflammation and/or suppress the reactions of the immune system. Modern biologicals are also used as a therapeutic method. The systemic therapy is always carried out in close consultation with the attending physician.

A holistic therapy approach also helps to alleviate the symptoms in the ear region. Many of those affected report an improvement in their symptoms through supportive healing approaches. For example, light therapy, laser therapy, homeopathy and treatment with nutrients such as omega-3 fatty acids work well.

The skin in the ear region is thin and sensitive. It therefore absorbs active ingredients particularly quickly and intensively. For this reason we recommend starting the treatment in a low dose or a weak concentration. It is also important that you apply creams and ointments sparingly. If you apply too much cream, it can block the ear canal further. This can worsen inflammation. Coordinate the treatment with your doctor and only use products that have been prescribed for the ear region.

In some cases, psoriasis sufferers experience sudden hearing loss. Within a few days the hearing ability deteriorates. In severe cases even complete deafness occurs. The causes of this effect have not yet been researched. There is some evidence that the overreaction of the immune system also affects the inner ear. Fortunately, the majority of those affected regain their hearing after a few weeks. For those affected by psoriasis, it is therefore important that the ears are regularly examined by a specialist.

Not curable – but well treatable

Even if psoriasis in and on the ear is not curable, it can usually be treated well. Due to the sensitive skin in this region of the body, a well coordinated treatment approach is important. The right mixture of creams, medications and supportive healing methods often makes psoriasis easily bearable.

FAQ about psoriasis in the ear

What causes psoriasis in the ear?

Psoriasis is an inflammatory autoimmune disease of the skin. Typically it affects the arms and legs. In rare cases, sensitive areas of the body such as the scalp and ears are affected. Psoriasis in and on the ear occurs mainly in the pinna and on the skin behind the ears. In severe cases the auditory canal is also affected.

How to treat psoriasis in and around the ear?

A combination of different active ingredients helps in the treatment of psoriasis in and around the ear. Creams and ointments, ear drops and psoriasis medication are particularly effective. Natural remedies and holistic therapies such as light therapy complete the therapy. A doctor should always be consulted for a good result.

What to consider in case of psoriasis in and on the ear?

The skin in the ear region is very thin and sensitive. The spots are therefore often very itchy. Nevertheless, scratching should be avoided, as otherwise the skin will tear open and new inflammations will form. The auditory canals should also only be treated in consultation with a doctor. When using creams and ointments, only a thin layer may be applied. Residues of the active ingredient can cause further inflammation in the auditory canal.

Can psoriasis cause numbing?

In severe cases, psoriasis can lead to hearing loss. In most cases, however, this disappears again by itself after a short time. The causes of hearing loss have not yet been researched. Psoriasis sufferers should have their ears checked regularly by a specialist.