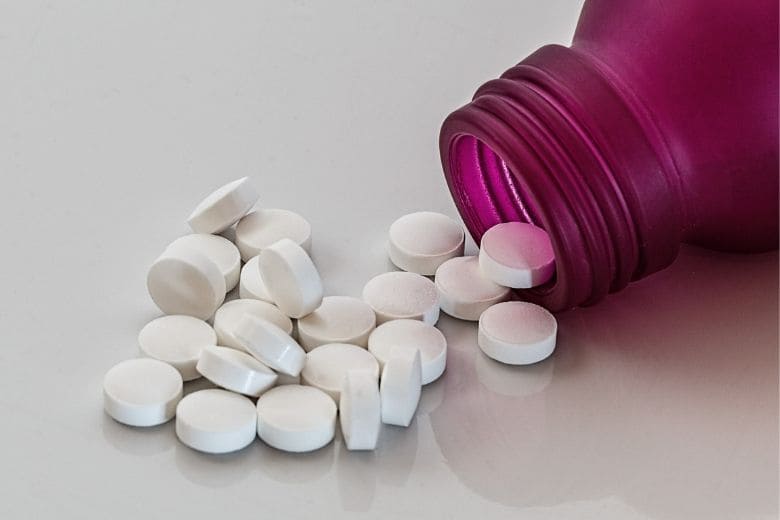 What is systemic therapy?

In systemic therapy, psoriasis medication is administered by tablets, injections or infusions. In contrast to local therapy, the active ingredients are thus not only applied externally to the skin, but can unfold their effect throughout the body. This form of treatment is therefore also called “internal therapy”.

Systemic therapy is used for moderate to severe forms of psoriasis.

How does systemic therapy for psoriasis work?

The immune system plays a central role in the development and course of psoriasis. Therefore, most drugs used in systemic therapy have an immunosuppressive effect. Thus, the immune system’s defensive reactions against the patient’s own body are suppressed or weakened.

Classical systemic therapy uses drugs that act on the immune system, hormones and enzymes that are responsible for the inflammatory reactions of psoriasis.

Among the most important active ingredients of this form of therapy are:

The active ingredient fumaric acid has an anti-inflammatory effect and can thus significantly improve psoriasis. Fumarates are administered in tablet form and can also be taken over a longer period of time. Fumarates can lead to side effects in the gastrointestinal tract (diarrhea, nausea and heartburn). In some patients, the skin also reacts with redness at the beginning of the treatment. Therefore, treatment with fumarate is usually started with a low dosage and then gradually increased.

Methotrexate has been successfully used for many years in the systemic therapy of psoriasis. The active ingredient suppresses the immune system and thus alleviates inflammation of the skin. In most cases, this active ingredient is well tolerated and leads to a significant improvement of the psoriasis. Possible side effects of Methotrexate are temporary hair loss, liver disorders and a change in blood count.

Due to its generally good tolerability, however, Methotrexate can usually be taken for several years without any problems.

Ciclosporin is derived from fungi and is a natural immunosuppressant. By suppressing the immune system, fewer messenger and inflammatory substances are released, thus alleviating the symptoms of psoriasis. The active ingredient Ciclosporin is often used when fumaric acid and methotrexate are no longer sufficient for treatment.

The effect of Ciclosporin sets in after 2-4 weeks and can lead to a significant improvement of psoriasis. However, as fumaric acid affects the kidneys, this active substance is only suitable for short-term treatment.

Therapy with biologics uses active ingredients that are obtained from cell cultures. The proteins and antibodies obtained precisely intervene in the immune regulation. They are very effective drugs in the treatment of psoriasis. As a rule, biologics are used for moderate and severe forms of psoriasis. In the past, biologics have only been used in cases where no other treatment approach led to an improvement in the symptoms. In the meantime, the drugs have been further developed and are also used in the initial treatment.

Biologics are very effective drugs and usually lead to a drastic improvement in psoriasis. The most common side effect is an increased susceptibility to infection.

What are the advantages of systemic therapy?

Systematic therapy for psoriasis has a number of advantages.

The systemic therapy of psoriasis has the great advantage of being highly effective. So, if external treatment methods such as creams and ointments no longer help, systemic therapy can be used. This form of treatment can thus be used in a targeted manner, especially in the case of a moderate or severe form of psoriasis.

Systemic therapy has an effect on the body’s immune system. It regulates the messenger substances of the body that lead to the development of psoriasis. Thus, systemic therapy intervenes precisely in the mechanisms that are relevant for psoriasis and can lead to a significant improvement in symptoms.

What are the disadvantages of systemic therapy?

As with any treatment method, systemic therapy for psoriasis has some disadvantages.

Treatment by the doctor

Systemic therapy works with strong active ingredients. Some of these can be taken in tablet form, but sometimes administration by injection or infusion is necessary. In all cases, the therapy must be carried out under the supervision of a doctor.

The drugs used in systemic therapy have a direct influence on the immune system or are generally highly effective.

This can lead to serious side effects in systemic therapy. Before starting this form of therapy, you should therefore be well informed about possible side effects.

Does systemic therapy help with psoriasis?

The answer is a resounding yes. The targeted use of the active ingredients in systematic therapy achieves a noticeable improvement in psoriasis in the vast majority of cases. Symptoms can be reduced and an outbreak of psoriasis can be significantly decreased.

Do you have experience with systemic therapy?