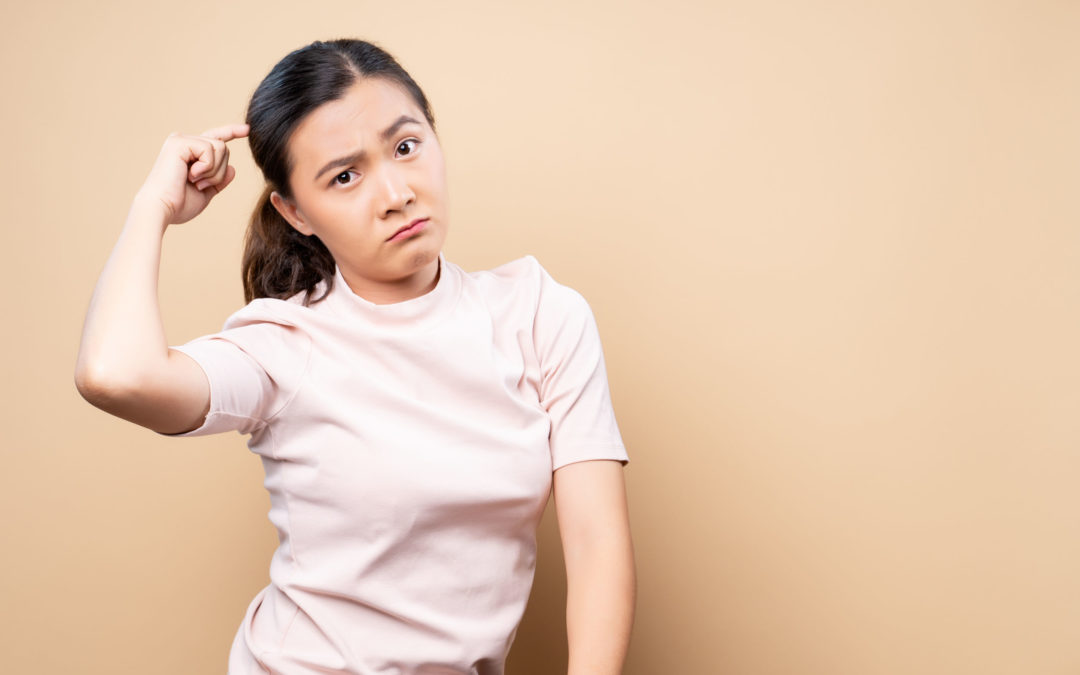 Psoriasis capitis is a chronic inflammatory skin disease that manifests itself in the form of itching and a clearly visible redness and scaling on the scalp. Up to 70% of patients suffering from psoriasis (also) suffer from psoriasis capitis. The symptoms of head scalp psoriasis are a heavy burden for those affected.

In the following you will find an overview of the most important questions about scalp psoriasis and the corresponding answers.

What is psoriasis capitis?

Head psoriasis is a form of psoriasis that occurs alone or in combination with other forms of psoriasis. In the classic picture, it appears in the form of sharply defined, highly perfused and reddened areas of skin. These are covered over a large area with silvery-white skin scales (so-called plaques).

The causes of psoriasis in general and of scalp psoriasis are not fully understood. Medical experts suspect a combination of:

The severe itching and the often clear visibility of the symptoms affect the persons concerned and often lead to severe psychological stress.

Psoriasis is a chronic inflammatory disease, which is not curable so far, but can be treated well. An early diagnosis by a specialist as well as an individually tailored therapy of the disease enables the affected persons to deal well with head psoriasis in everyday life.

What are the symptoms of scalp psoriasis?

The following symptoms are characteristic of psoriasis capitis:

Similar to other forms of psoriasis, head psoriasis also manifests itself in different forms. Depending on its severity, the inflammation on the scalp shows itself in the form of a reddening, which can range from subtle to a strong red. The degree of scaling and itching also varies.

Often the scalp psoriasis exceeds the forehead-hairline and extends into the face in the forehead area. This increases the visibility of the psoriasis and at the same time the psychological burden for those affected.

Hair loss is not one of the classic symptoms of psoriasis of the scalp. If psoriasis capitis is left untreated for a longer period of time, the risk of partial hair loss increases, for example by scratching the affected areas.

Psoriasis capitis: diagnosis and differentiation from other diseases of the scalp

For the diagnosis of psoriasis capitis, it is often sufficient for the dermatologist to look at the inflamed areas, especially if the patient already suffers from another form of psoriasis.

Nevertheless, the distinction to other possible diseases of the scalp must also be made. Eczema, such as seborrheic eczema or atopic scalp eczema, neurodermatitis and various fungal diseases of the scalp sometimes show the same symptoms. In order to avoid a mix-up and a correspondingly wrong treatment, these diseases must first be excluded.

The aim of the treatment of head psoriasis is to remove the excess dandruff on the scalp, to normalize dandruff formation and to heal the inflammation.

The first step is to remove the so-called plaques, i.e. the large, silvery-white scales, from the scalp. This is necessary so that the subsequent treatment with active ingredients can have its full effect.

To loosen the dandruff, there is a wide range of shampoos, solutions and special creams with salicylic acid on the market.

Subsequently, preparations are used to combat the symptoms of scalp psoriasis and to limit renewed dandruff formation as much as possible. The treatment is carried out in the form of shampoos, solutions, foams and gels with the following active ingredients:

In severe forms of psoriasis capitis, such topical treatment is often not sufficient. In these cases, the dermatologist prescribes a systemic therapy, for example by using

Apart from professional treatment (topical or systemic), there are other recommended measures to alleviate the symptoms of psoriasis and reduce new relapses:

The symptoms of head psoriasis not only affect the affected person physically. Psychologically, patients suffer especially when the psoriasis exceeds the forehead-hairline and is therefore clearly visible on the face.

Red, heavily scaly centers of inflammation and the severe itching impair the patient’s well-being and often lead to a loss of self-confidence. In addition, the treatment may attack the hair roots and cause hair loss in the affected areas. Hair may break off more quickly or in some places not grow back at all. Often, social isolation of the affected persons is the result.

For this reason, a diagnosis by the dermatologist and an individually tailored treatment should be carried out promptly.

Psoriasis capitis: When the scalp suffers …

Scalp psoriasis is a physical as well as psychological burden for those affected. The sometimes intensely reddened and heavily scaly inflammations of the skin are bad enough. In addition, there is itching, and in most cases, the disease is clearly visible on the face when the psoriasis capitis crosses the forehead-hairline.

In many cases, patients develop a strong sense of shame and a fear of rejection from their fellow human beings. Not infrequently, they withdraw and isolate themselves from their surroundings because of this skin disease. A vicious circle that often ends in depression.

Head psoriasis is a chronic inflammatory disease of the scalp, which unfortunately has not been curable to date. However, there are numerous treatment options available today that achieve very good results.

At the first signs of scalp psoriasis, a dermatologist should therefore be consulted as soon as possible. Selected preparations and active ingredients help to loosen the dandruff and heal the inflammation.

How often does psoriasis occur on the scalp?

Scalp psoriasis, also known as psoriasis capitis, occurs relatively frequently. In up to 70 percent of those affected, the scalp is also affected by psoriasis.

What are the symptoms of scalp psoriasis?

In some cases, it is difficult to distinguish scalp psoriasis from other diseases. Typical symptoms are reddened and sharply defined areas of skin covered with silvery-white skin scales and accompanied by feelings of tension and itching on the scalp.

Yes, scalp psoriasis is easily treatable. There are different options depending on the form and severity of the condition. You can buy some of them yourself in a drugstore or online shop, but you should discuss other treatment options with your doctor in advance.

Should I do anything for scalp psoriasis?

In addition to the physical consequences, psoriasis of the head often has psychological consequences. As the white skin scales can be easily seen in the hair and the plaques sometimes extend beyond the hairline, those affected suffer particularly. At the latest when you notice influences on your psyche, you should treat such areas and if necessary, talk to your dermatologist.